I recently began collaborating on a performance work with the punk rock bank The World Inferno Friendship Society. I was confronted by a new world. But I ask you, what exactly does punk sound like? I often hear bands that don't have a sound that makes me automatically think of punk per se. In the case of the World Inferno it is more of a raison d'etre, or more of an energy than any particular sound (their sound is wildly diverse) but just to arm me in the future, what does punk sound like? (and since there are obviously no rules about the sound of PUNK? what makes something punk in the first place...) Surely there is much written on the subject and I could just ask... but I thought I would ask the Professor in hopes of getting a smart answer, and a deeper understanding...J 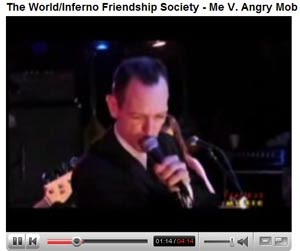 Seems like you understand more than you know. You're already feeling what I love about punk, its questioning, collective aspect, which shapes both one-bloke-with-a-guitar-touching-thousands like Billy Bragg and an ever-evolving collective like the World Inferno Friendship Society. It's fab that you're working with this highly-regarded Brooklyn crew and I hope to keep everyone posted on your performance. They wear sharp Moddish suits and do clever cabaret but WIFS somehow remind me of Crass, the great anarchist collective, whose poetic rants and stark graphics represented the movement's ideals. They also make me think of the world/fusion work the Clash's Joe Strummer was doing with the Mescaleros before he died -- cos in punk there shouldn't really be rules, and just like sounds, genders often mix it up in punk just like they do in your Inferno. Siouxsie & the Banshees also subscribed to Weimar Germany cabaret chic, with its whiff of decadence wafted about by the musical Cabaret.

Having said that, of course, the typical Punk groove convention, as you probably suspected, is of the "harder-faster-louder" school; plus with a
bass-heavy reggae, or spacey dub flavor in some cases. When it comes to post-punk, expect to hear some avant-garde trills from an off-key saxophone in an homage to free jazz. And by-the-by our producer Miss Grace says: "I've actually seen the World Inferno Friendship Society and totally dug them!!" 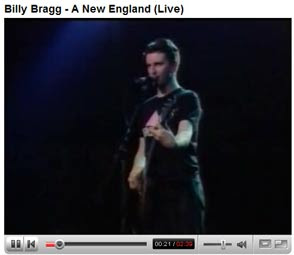 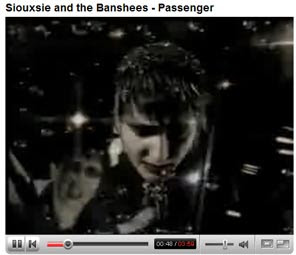 1) Is the internet killing the independent label?
It really shouldn't as the internet can be used to build a fan base besides keeping punk's DIY spirit alive. The internet's access to so much music does mean, though, that however brilliant you are, it's easy to get lost. Thus just as in the "real" world, all press is good. Here's proof: sales of "What We Want," the dance track by Ashley Alexandra Dupre, the hooker and raver who recently toppled New York's crusading Governor General, Elliot "Steamroller" Spitzer, have soared faster than his reputation vanished.

2) Why don't modern bands have the same longevity the way bands like the Rolling Stones, David Bowie, Madonna, etc., etc. etc.?
Frankly not sure I agree on this one. An extended career's really down to artists having the ability to sustain their own musical force. You say it yourself -- Madonna (launched 1980s,) isn't the same generation as the Stones (b. 1960s,) who are a decade older than Bowie (first rocked big time in the early 1970s.) That means new waves of talent keep on rolling in, hoping to crash an audience; and theoretically at least, the internet should make it easier to find 'em (see above). There are many cases of enduring adoration of artists who might have been forgotten, like Morrissey or the New York Dolls. Not to mention the continued fascination with first-wavers who keep cropping up in this column, like the Clash's Mick Jones and his Carbon/Silicon, and the Slits, whose first American tour in three decades is selling out right now to adoring kids not born when they first ripped their fishnets. It all proves that fans' interest in artists -- of every era, including punk -- really does sustain, if only for the nostalgia value. People will still be buying Bjork, maybe directly from an implant in their brains, when she's a pixie-like pensioner. There's no reason to think that artists starting out now won't experience the same long, sometimes fractious love affair with their audiences.

3) Do you think the political climate and energy in the States at the moment will inspire really great music or more crap?
OK, I'll be chargin $35.00 a minute for this psychic insight! If we look back, it's usually said that edgy times of great struggle and stress, e.g., Berlin in the 1930s, Seething London in the 1970s, produce dynamic art. I've always found that a really depressing analysis. Well, America's current depression is certainly about to put the theory to the test. There hasn't been a recent musician or band making unifying anthems that rouse social awareness on a mass level, the way Bob Marley, Curtis Mayfield, the Clash, George Clinton or James Brown did and still do. Maybe Green Day's "Boulevard of Broken Dreams" is a candidate; or Kanye West's social observation on "Gold Digger." If you, Fierce Reader, have ideas on others, please shemail me. 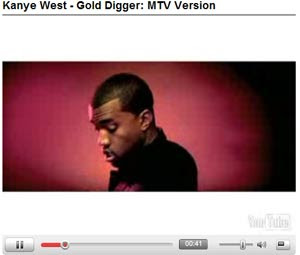 4) Do you think the declining value of the US dollar will have an effect on American music abroad and international music Stateside?
The dramatic dwindling of the dollar makes Euro-hungry Yank musicians a cheap date for the rest of the world. A comparatively meager international deal swells impressively when translated into our sad little dollars. That's the good bit. They can afford us -- but can we afford them? The bad bit is that some mid-range foreign tours might find it harder to play America, because the money isn't there. Or should I say, here. Certainly, American Immigration policies are far more of a musical killjoy and have a far bigger impact than the exchange rate on the global flow of music. All visa requests by Cuban artists, for example, have been rejected by the INS since 2003. Foreign musicians tell me they're nervous about coming here in case they get tempted into a gig or recording session -- and then get busted for doing what comes naturally, like jamming with the US artists you've been digging for years. Getting the necessary H1 visa is a lengthy, delicate process which cannot be pulled together in time for a quick tour. There's sure plenty to sing about now, if artists feel the need to make socially conscious music - but then, there always is.

5) How long do you think it will be before the CD medium is completely phased out?
To answer this I turned to the multi-talented music industry veteran, producer and DJ Brian Michel Bacchus, who signed Norah Jones when he was a corporate A&R man, and now owns his own label, SoulFeast Music, as well as heading Content Acquisition and A&R for the top digital distributors, INgrooves:ONE Digital. Over to you, Brian.


"I'd say it's 5-10 years, perhaps sooner, before CDs are phased out completely. The CD has basically become a storage medium and even as that, it is inadequate with only 700 MB. People who get CDs now usually put them in their computer to be stored on their hard drives, usually with iTunes, and then listen to them on their computer or on their iPod or some other mp3 device. Labels like Ropeadope have even completely stopped manufacturing CDs. When you look at the sales of devices that play music, only two have been selling in the past few years - iPods and turntables. What does that tell you? Try buying a stand alone single player CD player that is not a high-end model. Almost impossible to find. Although sales across the board in the music business are depressed from previous years, I think the future of recorded music sales is in digital downloads and niche areas like vinyl. Seven-inch 45s are very hot now in rock and roll. The success of magazines like WaxPoetic and stores like Brooklyn's DopeJams only confirm this trend."

Was Lydia Lunch underage when she first started performing with Teenage Jesus and the Jerks?
Underage for what? Drinking or joining the Army? (special thanks to Kid Creole)

Some glad news now. In the spirit of punky experimentation the next Punk Professor column will be filmed, so you'll get to see me rabbit on about weighty matters of the day with the noted British Bard, Billy Bragg. He's broken a six-year silence with the new "Mr. Love and Justice," which has generally been hailed as a fantastic work, with B.B. displaying a maturity and mastery that's worth the wait. So get polishing those screens, ready for the Punk Professor to bust out visually, aided and abetted by punk's prominent conscience and humanist, Billy Bragg.

Now for the bad news. In the last column, we mourned producer Joe Gibbs. Now another Jamaican talent has left us - Mikey Dread, the DJ whose rolling delivery and lanky lope were familiar to everyone who dug his work with key collaborators, the Clash. He toured widely with them, produced their popular single "Bank Robber," and contributed to their sprawling 'Sandinista' opus. Like many other music lovers in the first punk era, the Clash got into Mikey Dread through his phantasmagoric singles, notably "Dread at the Controls," also the name of his influential Jamaican radio show which was pirated globally on cassette; and the freaky dub of "Parrot Jungle" which drove everyone wild with its effects and ambiance. The Rasta was too raw and real for his early employers, the Jamaican Broadcasting Corporation, who demoted him to the late night slot. But he soon had the station's hottest show, playing strictly dub music and parlayed his popularity into a respected musical career. Mikey passed away on March 15th. He was 54 years old. 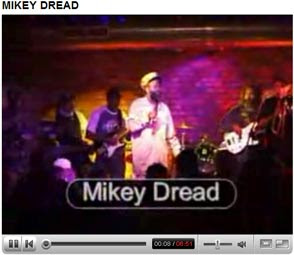 Posted by Vivien Goldman at 5:28 AM http://www.youtube.com/viviengoldman